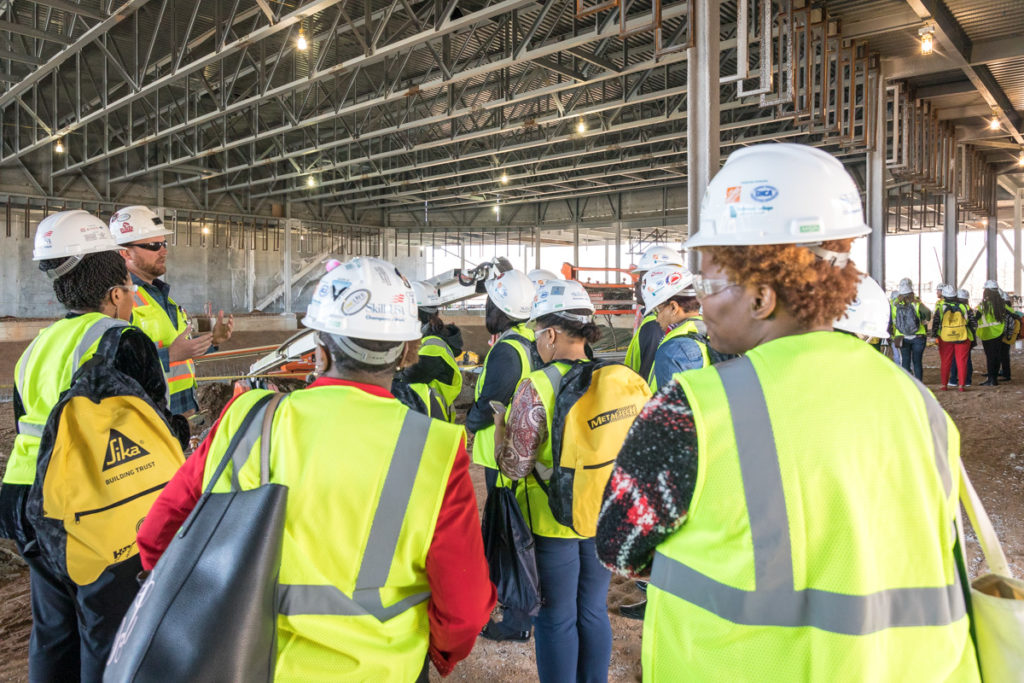 In past years at the CEFGA CareerExpo, students could test-drive various pieces of machinery at the World of Heavy Equipment just outside the Georgia International Convention Center.

In 2019 that space was occupied by an active construction site, forcing the heavy equipment attraction inside. But CEFGA made the most of the interruption by arranging for tours of the new construction project.

The 5,000-seat Gateway Center at College Park will host the Atlanta Skyhawks, the NBA Atlanta Hawks’ G League affiliate, as well as graduations, concerts, high school and college tournaments and other events.

Personnel from Choate Construction, the arena’s general contractor, led groups of students and teachers on tours throughout both days of the CareerExpo. Each tour began with a safety briefing and an invitation to sign a Choate banner displaying the company’s “OneLife” mantra, which serves as a constant reminder for workers to be engaged and committed to working safely. Groups then proceeded through the fenced area next to the GICC and into the arena structure, which is scheduled for completion this fall.

Superintendent Dustin Wolcott answered questions from students and spoke of the satisfaction he gets from seeing a large-scale project like the Gateway Center come together. He also encouraged students not to believe some of the stereotypes associated with the industry.

“I think sometimes construction has an image that they’re all dirty, grungy guys, that they’re not smart,” Wolcott said. “But it’s not as dirty or sweaty or as long hours as a lot of people think it is. And there are people out here with college degrees. A lot of people say in school, ‘Oh, I’ll never use this math again.’ But I can’t tell you how many times I’ve used it on a construction site.”

The Gateway Center’s is one of many projects under construction around metro Atlanta. It’s all a visual reminder of the need for more workers in the industry. Back on the Expo floor, New South Construction CFO Dan Smith spoke of that need.

“As you can see throughout the city, there are so many tower cranes, so much work going on, and frankly, we just can’t get it all done,” said Smith, who also serves as CEFGA’s Board Chair. “It’s a simple problem: You’ve got the baby boomers who are starting to get older and retire. And we are simply trying to say to students, ‘There are just so many opportunities for them in the industry.’” 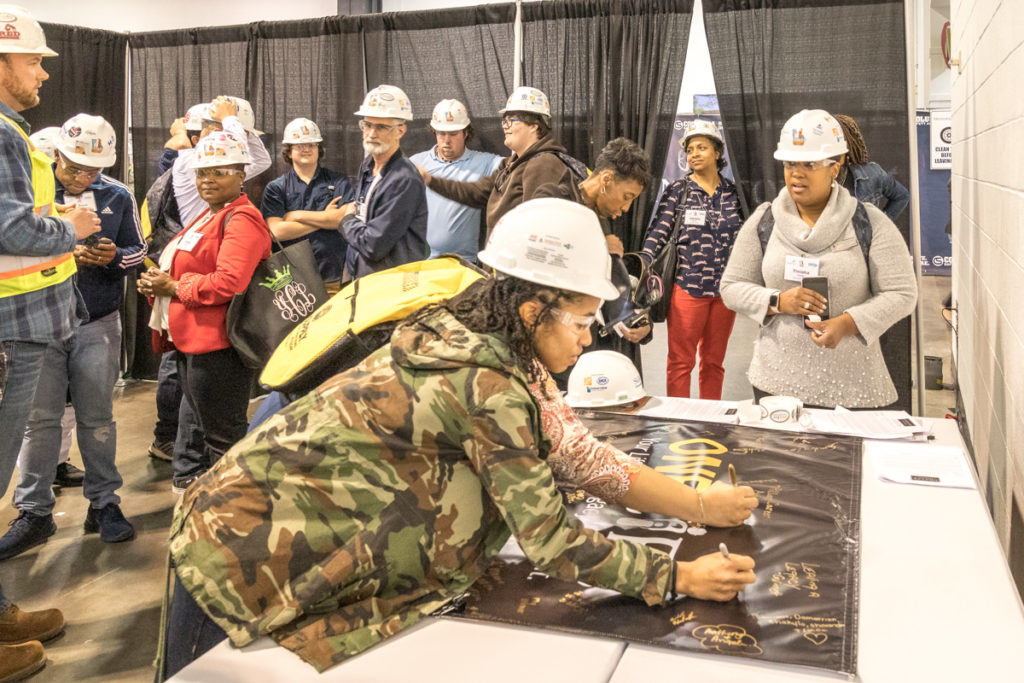 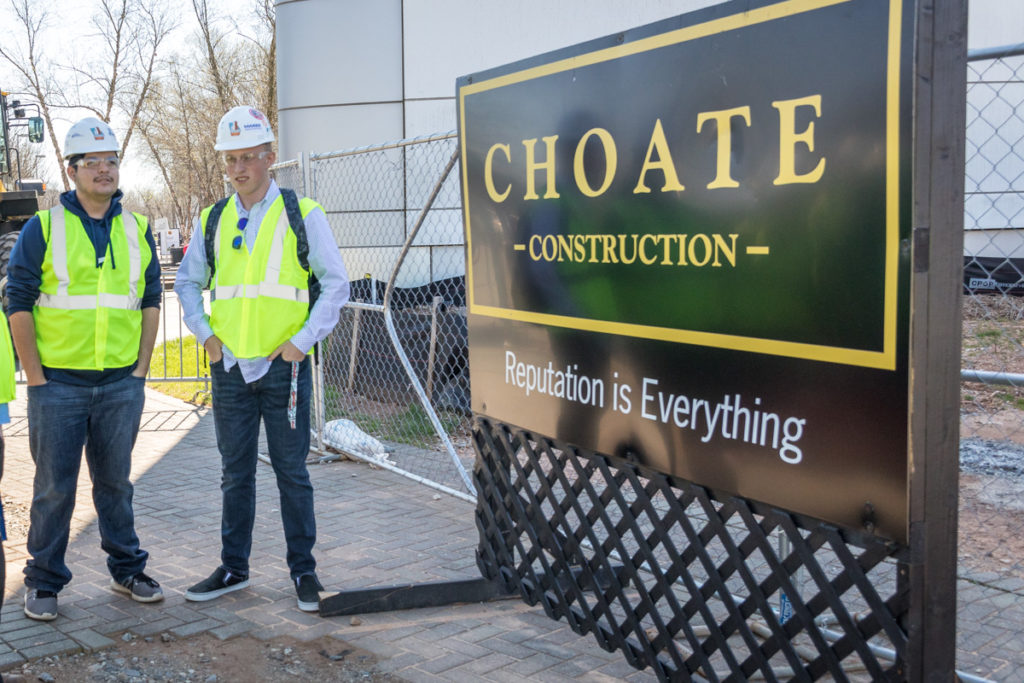 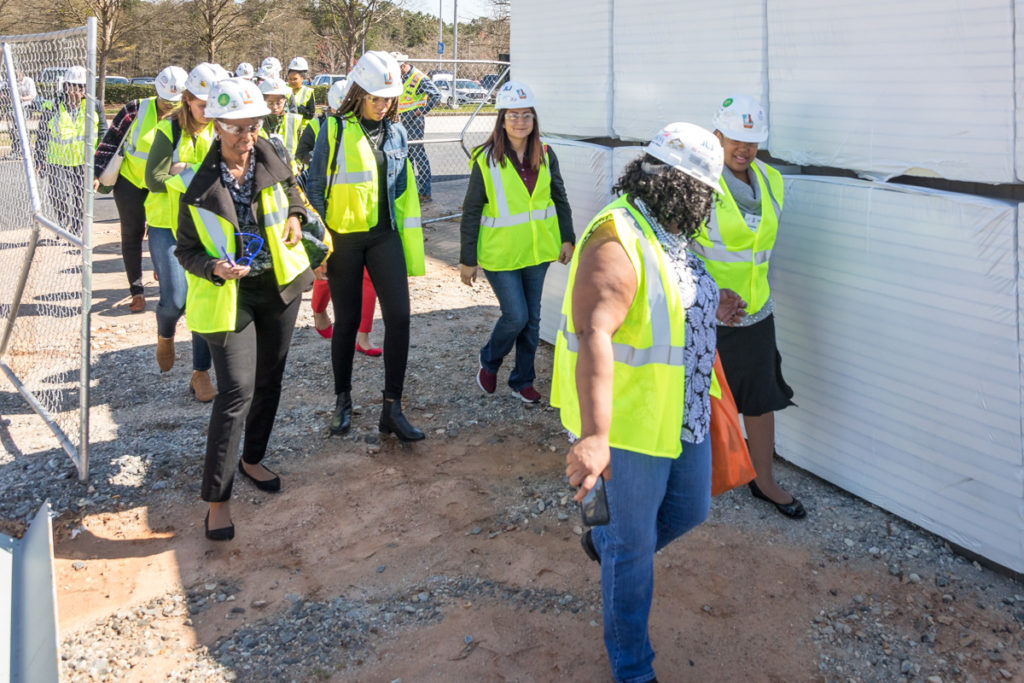 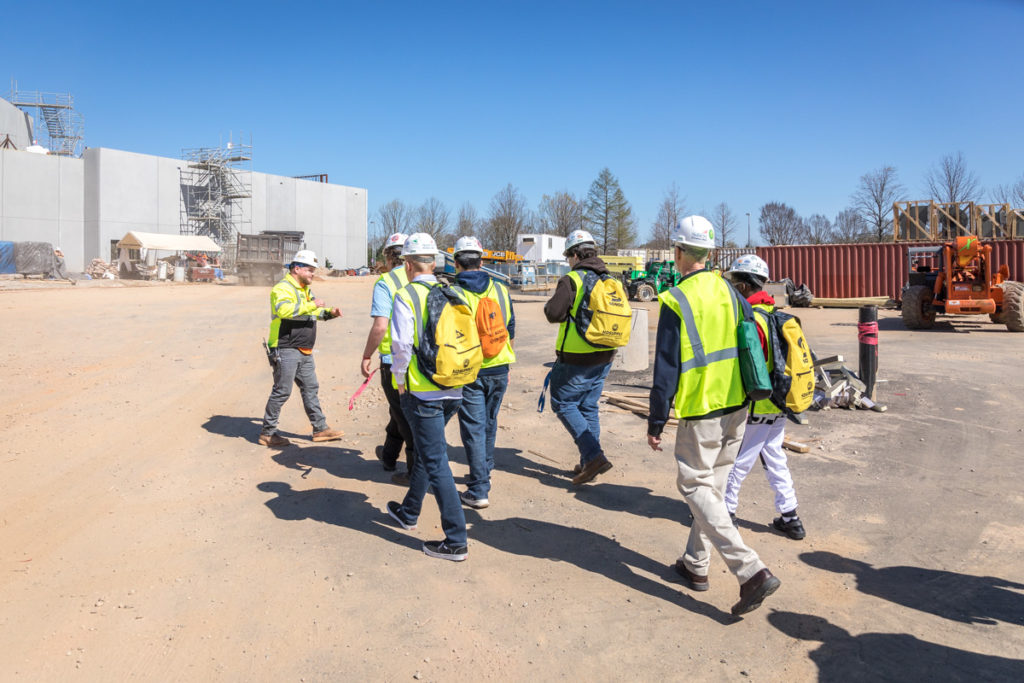 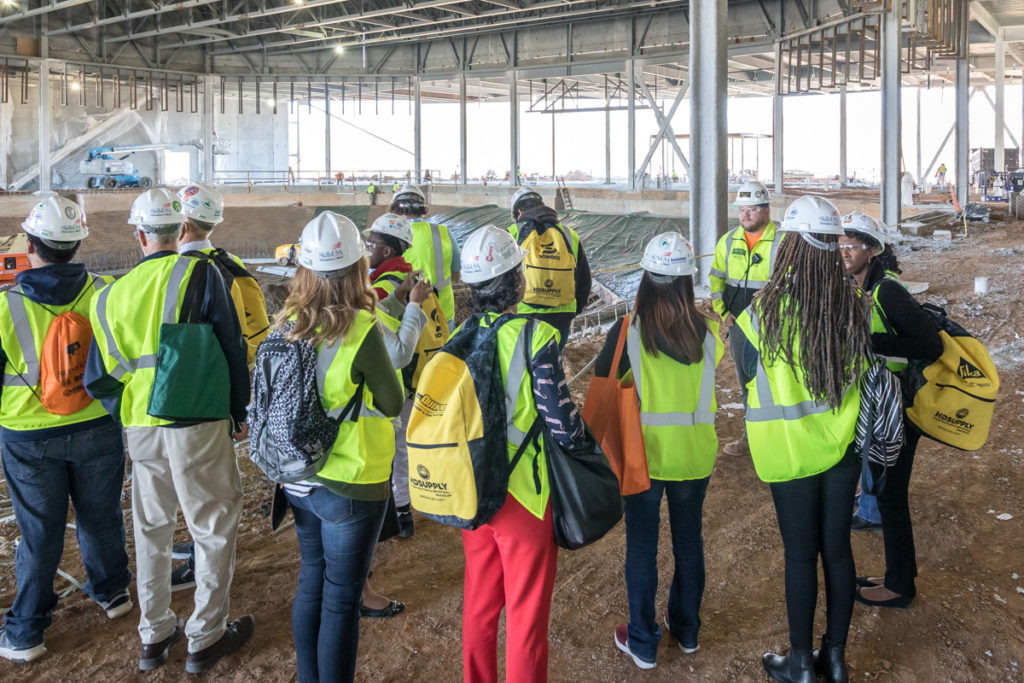 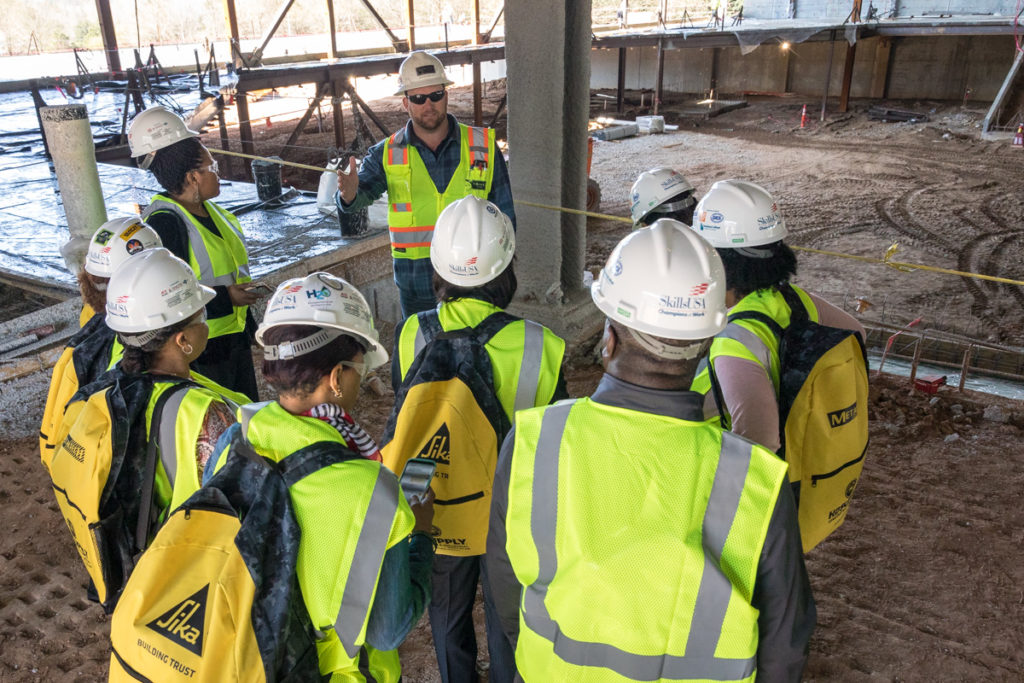