CEFGA and Anning-Johnson: A Case Study in the Value of Investing in People 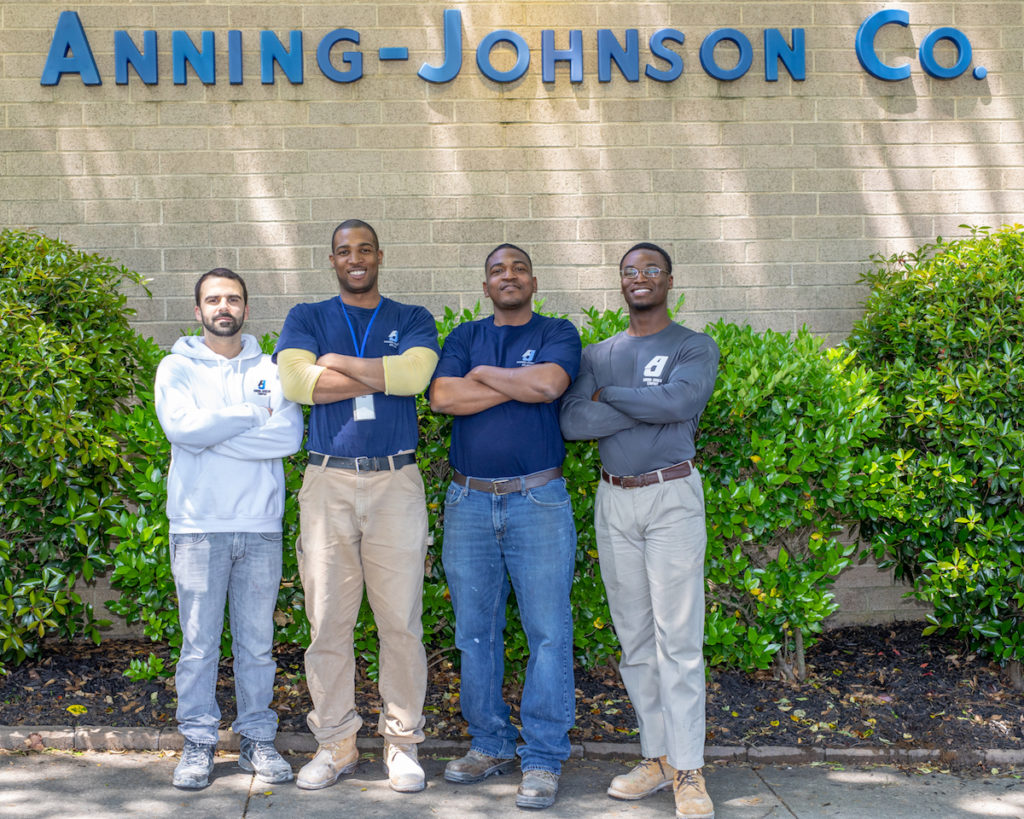 Gregory Escobar recalls the moment he learned about CEFGA’s Construction Ready training. He was checking in for probation when he saw a flyer promoting the program. After a series of lost jobs and jail stays, he was ready to turn his life around.

“It actually sounded too good to be true,” Gregory says. “I thought there was a catch. But it really motivated me. It sounded like something that could help me have a career instead of just getting another job I didn’t want.”

Gregory applied and graduated from Construction Ready at TCWFI (The Center for Working Families, Inc.), then went to work for Anning-Johnson Company, a frequent participant in the hiring fairs Construction Ready hosts at the conclusion of each four-week class.

He’s now a Finisher Apprentice in a two-year training program the company offers select employees. And he definitely has a career, rather than merely a job.

“I just decided I was tired of letting my family down, and I didn’t want to be 40 or 50 years old and staying in jail all the time,” says Gregory, 28. “I’d like to be an inspiration to my old friends to change, to show them that you can do something different. And my girlfriend has two sons, so I can show them that hard work is important and there’s something better than just having a dead-end job.”

The willingness of both Construction Ready and Anning-Johnson to give Gregory a chance is paying off for all parties involved. And he’s not the only Construction Ready graduate to find success with A-J despite a misguided past. Three apprentices in the company’s Carpentry division – Michael McCullough, Ishmael Burden and Derrick Woods – all came through Construction Ready after overcoming challenges as adolescents, and all are thriving. Another, Nicholas Holmes, is in lead training and on his way to becoming a foreman.

CEFGA’s partnership with Anning-Johnson illustrates the redemptive value of investing in people – even, in some cases, those who as younger men and women made poor decisions. A-J Operations Administrator Edwin Parra explains:

“As an employer we can teach a lot of skills, but the right attitude is something that has to come from within,” says Parra, who oversees recruiting, hiring and training of field personnel in Atlanta, one of eight A-J locations nationwide. “It’s definitely up to the individual having the right attitude and state of mind, that’s what we look for in interviews. We look for people who are willing to take control of their own destiny.

“When you couple that kind of mentality with eager, open-minded employers and a program like CEFGA that wants to help connect all the dots and put that individual in front of the right people, it’s a formula for success.” 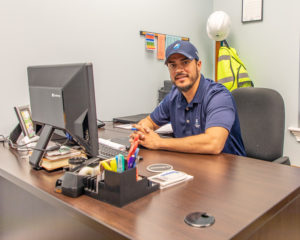 If an A-J hire continues to show motivation and potential, they may be recommended for one of the company’s in-house training programs – commercial carpentry and drywall finishing. An apprentice will be paired with an experienced tradesman. Weekly evaluations assist the learning process. The employee also can opt for additional union training.

“We’ll take one of our top tradesman – say, a carpenter who may hang forty boards of sheetrock a day by himself – and we’ll tell him to slow down, not hang as much drywall, but teach another young man to hang drywall,” says Parra (pictured at left). “So we’ve cut his production and we’re losing on the front end, but what we’re gaining on the back makes up for the loss and then some.”

Michael McCullough is benefitting from that kind of investment. He’s taken advantage of almost every union class available to him, and now is beginning A-J’s Carpenter Apprentice training.

“Getting that second chance was a blessing,” Michael says. “Edwin was talking about the company and what they do for their employees and I thought, ‘Man, I want to be part of this.’ I felt like somebody really cares about me and wants to groom me into having a real career. They tell you what to do, what not to do, and how to do it better. It’s a simple step by step career pathway.”

Having made some bad decisions as a teen and wasted vital years of his life, Michael decided he “just wanted more” for himself out of life – to “live the American dream, have a family, a house, kids,” he says.

Similarly, Ishmael Burden decided he wasn’t going to let past decisions ruin his life. One of those decisions – a youthful prank gone bad, resulting in an armed robbery charge – had landed him in prison for more than five years. But he made the most of the time, studying investment strategies, preparing for the GED and SAT exams, and growing stronger in his Christian faith.

Now 26, Ishmael graduated from Construction Ready at Build Cobb and is a first-year Carpenter Apprentice – one who “can honestly say I’m happy to go to work,” and who’s mindful of his potential to influence others.

Derrick Woods has perhaps the most dramatic comeback story of the Construction Ready grads Anning-Johnson has hired. He served a 20-year prison sentence for a crime he committed at the age of 19, but came out a changed man, determined to find a good job and make the most of his future.

“It took me awhile, but I finally realized I could decide how my life is going to be,” says Derrick, whose youthful looks belie his 41 years. “Once I decided I didn’t want to live that kind of lifestyle anymore, I made it my business when I woke up in the morning to put positive thoughts in my head, to do positive things, to be around positive people.”

When he attended Construction Ready at Westside Works, Derrick found a kindred spirit in Nicholas Holmes. The latter, a graduate of an earlier Construction Ready class, had accompanied Parra to speak to Derrick’s class. His story had a familiar ring – years of prison and a decision to take charge of his life – and Derrick immediately “was logged in,” he recalls.

“After [Parra and Holmes] left, everybody in the class was like, ‘That’s you,’ because they knew my situation. They said, ‘You better go to work with A-J.’ They wanted to see me succeed, and that’s the difference between being in a negative crowd and in a positive crowd.

“I think a desire to succeed had always been in me, but I was going in the wrong direction,” Derrick continues. “Now I take that energy and put it into my training, put it into my job. When I learned about A-J’s training program, I thought, ‘This is what I want to do. I want to learn how to be better. Every time they open their door, I’m there, because I have this thing in me now to just go forward.”

While Woods, Holmes and others with challenging backgrounds have found success through Construction Ready, Parra says discouragement easily can set in if the right opportunities aren’t in place for a would-be employee.

“A lot of people come out of challenging situations like these guys did, and it’s very difficult for them to stay on the right path,” he says. “Regardless of how bad they want it, if doors keep getting continuously slammed in their face, that can be very discouraging. Six months or a year of that can easily sway someone back in the wrong direction, regardless of how bad they want a change.”

Conversely, when all the right ingredients are in place – motivated individual, proper training and willing employer – the results can be remarkable. Of 15 Construction Ready graduates A-J has hired, three are on track to become a foreman – a staggering success rate, Parra says.

“When employers start to realize the power they have by taking advantage of these resources [such as Construction Ready] and investing in these individuals, I think that’s when everybody wins,” he says. “When employers don’t have an open mind, then we’re losing, as a society. Without Construction Ready, without Anning-Johnson’s training program, these men may have had little to no chance at all to succeed. But today, they’re professionals, and I think each one of them has found a passion for what they do. And that translates to a much more productive, professional and loyal employee. So in the end, everybody wins.”

VIDEO: Michael McCullough, Gregory Escobar, Derrick Woods and Ishmael Burden talk about the benefits of Construction Ready training and Anning-Johnson Company’s belief and investment in them as employees. Hear from more Construction Ready graduates on our YouTube channel.